"There only Giants!" Thud & Blunder AAR 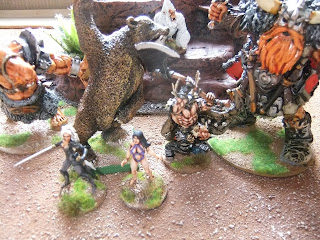 At last sorted out a test game of Thud  & Blunder from  Craig and Charles, from the Ministry of  Gentlemanly warfare, it has the basics of IHMN and Blood Eagal but if a fantasy environment  world you can game in crate your own  company's and  game with whatever you have to  play with or wish . I long wanted to try out my reaper giants so I created my players from my old  casts from countless wargames and RPG's games 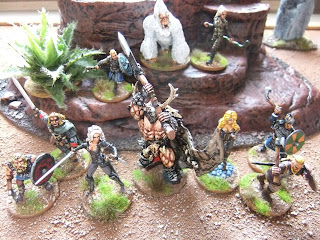 The Heroes Wolff and his gang Una, Victoria, Chakari, Bobo and some able bodied Warriors 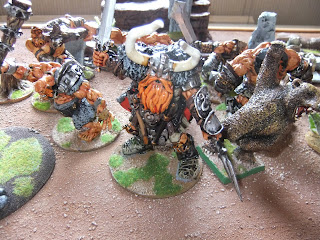 The Giants  Garth and his tribe of  misfits along with Gwar his pet bear. 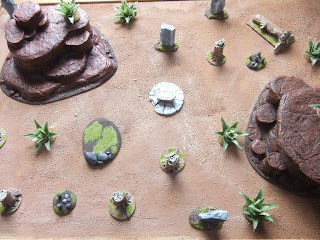 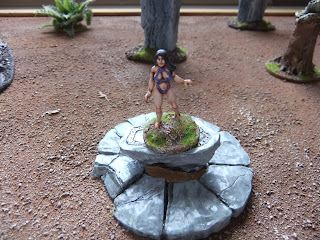 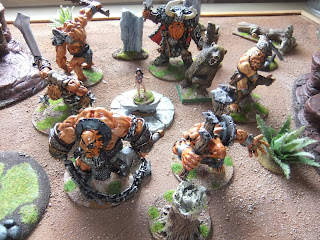 Garths giants  knew the  adventures were coming and prepared themselves, preying to the God of the mountains for   victory. 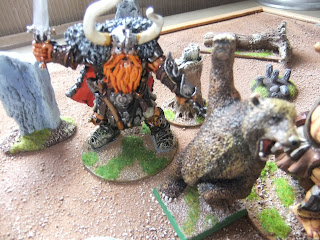 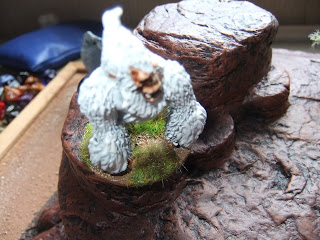 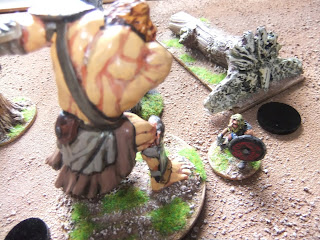 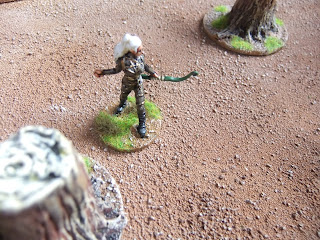 Chakari launchers arrows but to no effect on the  huge  Monstrosities 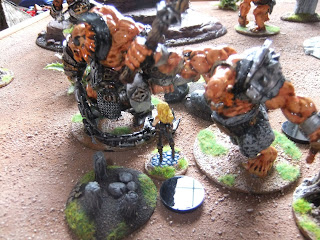 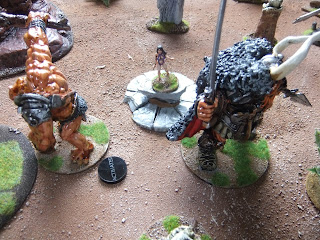 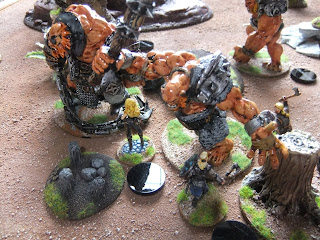 Warriors charge to aid Victoria but the blows land  no effect. 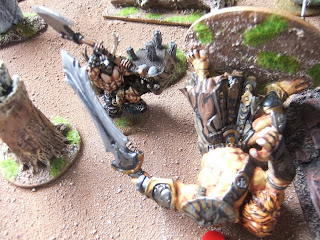 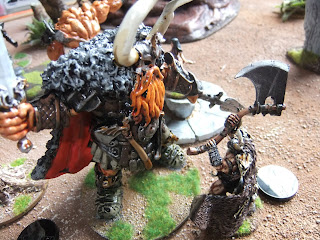 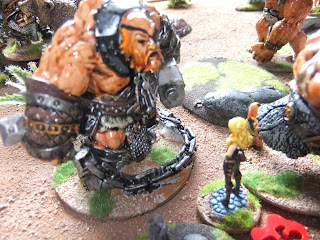 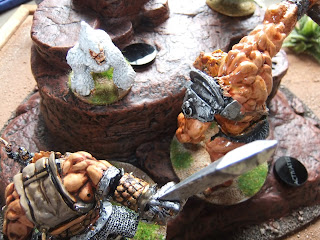 Bobo faces  2 giants his  position make him hard to hit 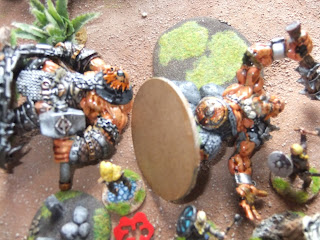 Victoria and the warriors blow fell the giants but they still live. 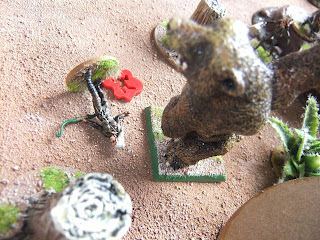 Gwar charges and  take out chakari 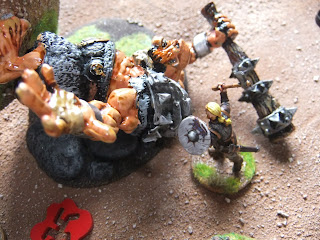 A fallen giant is slain by a brave warrior 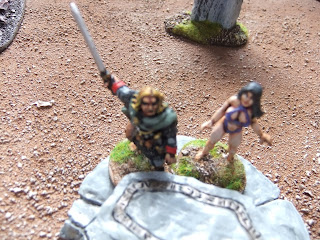 Chard grabs the girl in the battle around 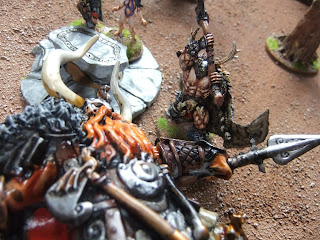 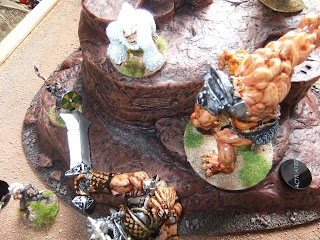 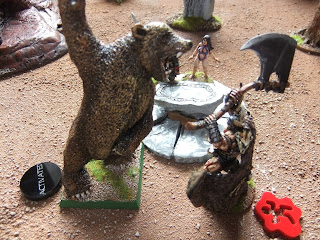 Gwar charges at Wolff to avenge his fallen Master 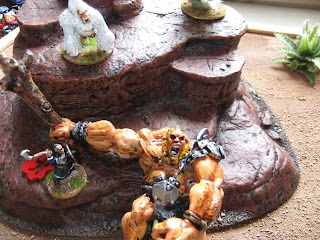 The second giant fighting Bobo  finds his doom as the mighty Ape crushes his skull. 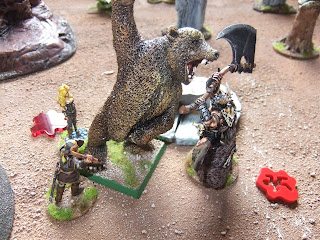 Victoria and a warrior join Wolff against the huge Bear. 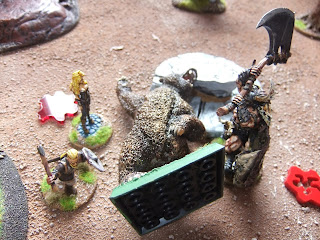 He falls to the blows of the Heroes Victory all the Giants slain and to the loss of 2 warriors and a hurt Chakari
As I expected a huge fun game  it creates its own story path like IHMN and Blood Eagle. Like the new creation  rules and the whole book is a great read. lots more  adventures i believe thank you Charles and Craig..