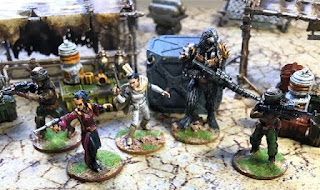 Planned a few games this week as Im off work, so some play tests , then I wanted to use my Star wars legion collection. I like very much Galactic Heroes from Wiley Games using the fist full of Lead rules, a card activation  game, with loads of possibilities. So I selected the  take down the force field  scenario but instead of forest I wanted to use my Necromunda market terrain. The Rebels need get a bomb to the  Imperial side and blow up the satellite. Princess her Wookie body guard a place guard and two
Rebel troopers, face five  Imperial Storm Troopers. 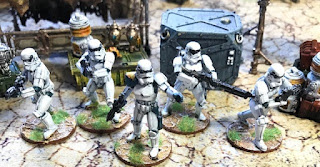 One leader 3 troopers and a heavy weapon. 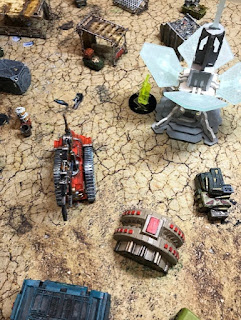 The object at the end of the market stalls and clutter. 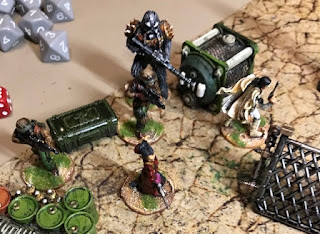 The rebels set up on the far side, and advanced as the Storm troopers  made for cover and better positions,  blaster fire around as the Rebels advanced making to cover 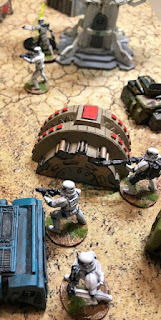 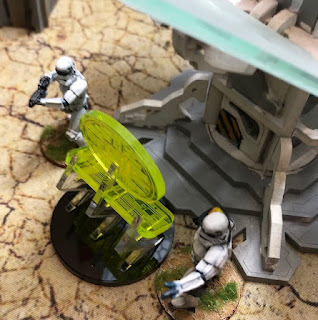 The imperials take a defense around the  control pad 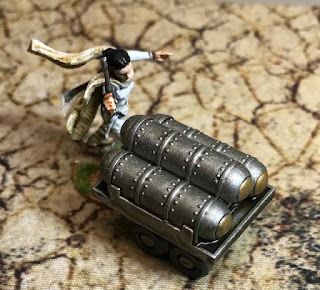 The princess flanks the left side 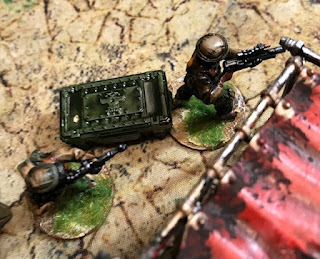 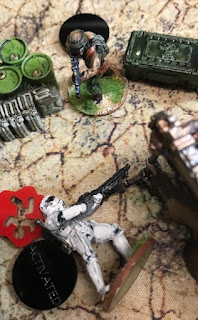 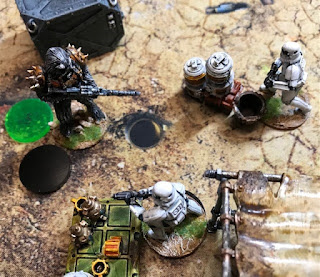 The huge Wookie advances blasting around, a fire fight ensues and the troopers fall back. 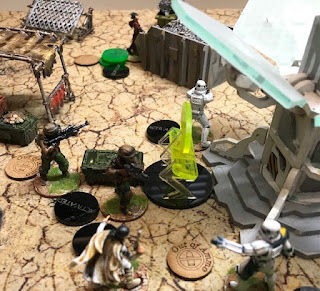 A charge and the rebels make the  objective, but the princess is wounded. 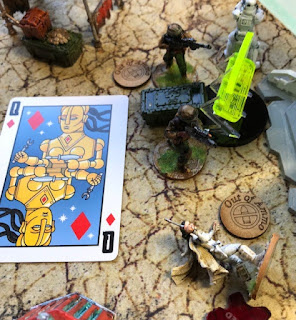 But once panted and activated the mission is a success.

A lot more action and fights, wounds and shaken counters than posted and loads of fun, the rules as always work, I enjoyed using my collection and more to come  I think?.

Dune miniatures and others painted 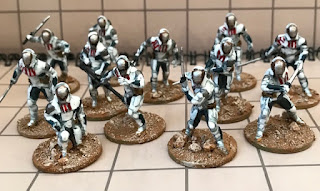 My very good Friend James printed me some not/Sardaukar, wanted these since I first saw them on the net, he did an outstanding job, like them and a joy to paint.. 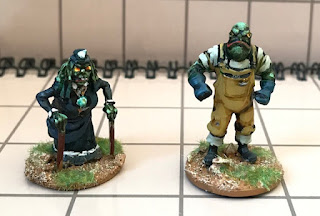 Some Crooked dice miniatures  I had to get fish folk characters 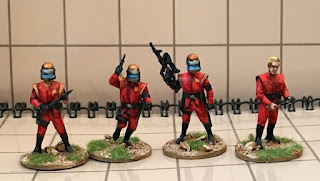 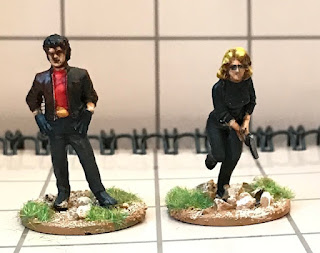 More pictures of my prints 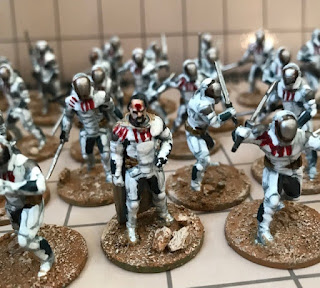 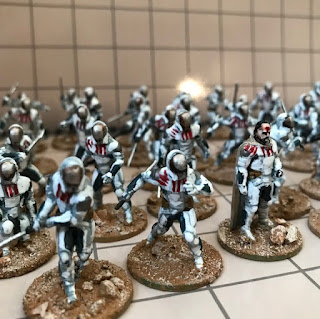