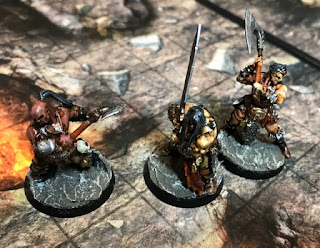 Dug out my game maps and played the "The road of Blood" Conan seeking to destroy the Vampires of the deep, he moves through a very dangerous terrain the Lava fields. Radukar the wolf ponders and points to his Dire wolf mistress Belladamma Volga "Ensnare him and destroy the Barbarian"
Laid out the Lave pages from my wilderness maps books, and set up the forces, the confrontation deployment i liked as Conan and his party enter they are suddenly surrounded by Dire wolves and vampires.
The game was fast the wolves attacking with there speed and the push back sending 2 warriors into the lave (I rolled a D6 for fortitude loss). Conan using the height of the rock he was on struck and slew 2 wolves the out, his warriors laying around him he faced Bellaamma moving in for the kill. but A brave warrior struck a crimson Court vampire down and Bellamma realized she was lost in a cloud her and the last vampire vanished. Victory for Conan to move on deeper in the darkness..
Great game I thought the Vampires had won but they lost all there Wolves and the vampires loss tipped the score. Maps work for me and as always the game is fun. 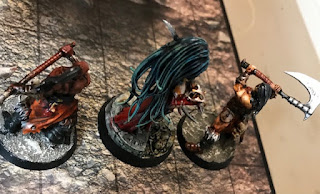 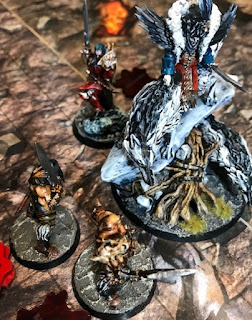 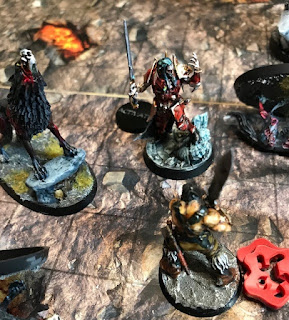 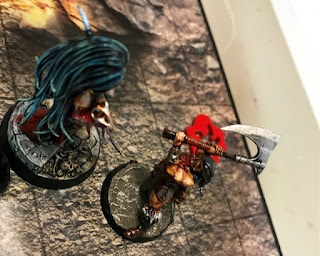 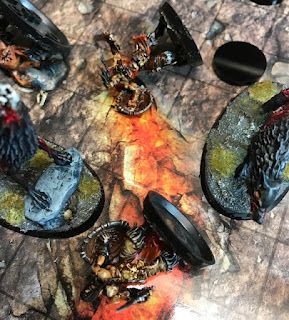 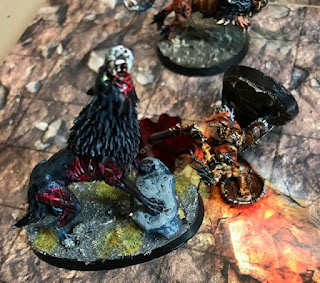 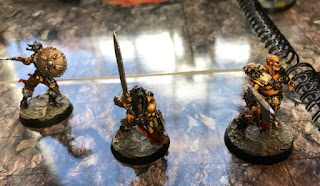 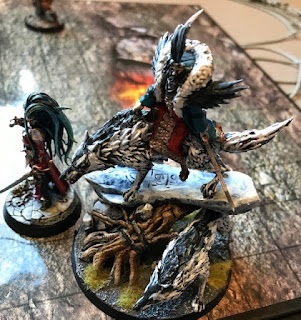 Posted by shadowking at 12:31 No comments: 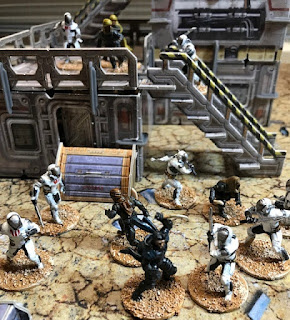 Tried the  S&S rules out  and used my Dune collection simple scenario attack a Sardaukar base with the defenders split in the open and buildings, I quickly used the points and made some fast profiles and surprised to find they looked  perfect for the game, the Fremen had first card and advanced from two sides, they were engaged quickly by the defenders and  a series of interesting melee fights started, the combat is different in S&S and gave for me a great flow and a more tactical game , the  Sardaukar emerged and  engaged the Fremen I found the swords with a range of 1" became  deadly as the zone offered another card in attack, but the daggers of the Fremen and there faster move  evened the scale, the fights became more brutal and the Fremen started to loose more men, even the  appearance of there leader could not  help the attack and a morale card  proved the Fremen were defeated and had to back off. a victory to the  Sardaukar.

For me  it worked very well in the context of the game, the weapons  and armor save add a lot to the over all system and the hit table is great to resolve a fight I think in the game I had 6 instant kills. Loads of fun and an interesting world to try again, looking forward to the book when its published. I urge players to give it a go. 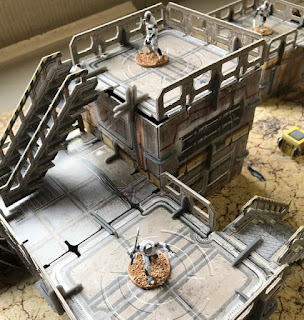 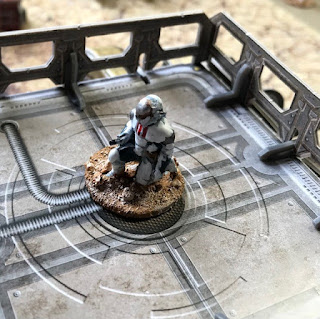 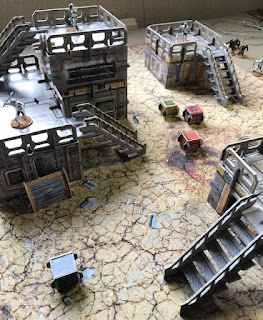 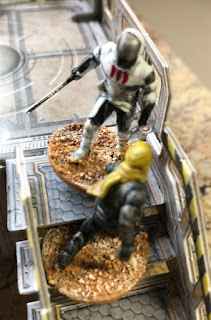 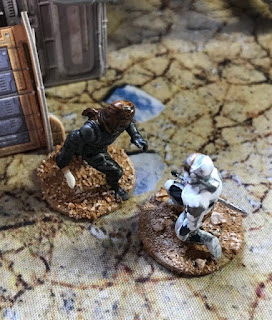 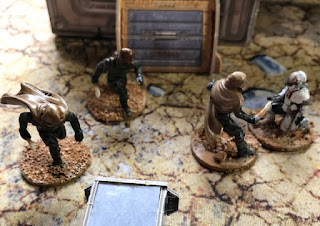 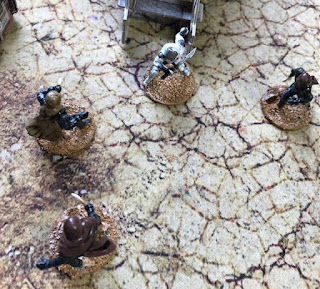 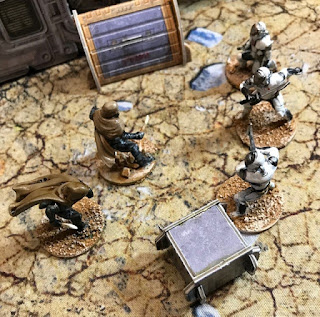 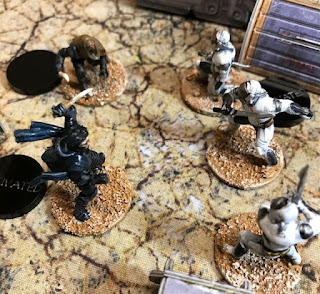 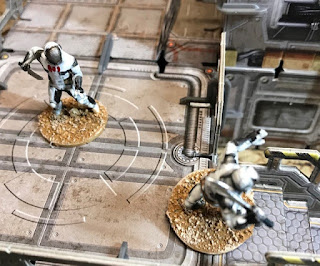 Posted by shadowking at 02:52 No comments: