The Day of the Kurii (THW swrodplay game ) 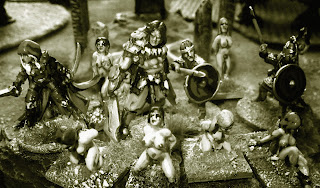 Been a long time Two Hour Wargame gamer , Ed i have known for along time and worked with him on 5150 and other  games he made, so i decided to use his Swordplay rules for my Gor  games, and here is the first one, The Alien Kurii have a taste for beautiful females and a dispicable caln had sent them an offering to ensure the monsters leave there land and people alone.
Wolff and his brother Thanos learn of this and  rush to stop the  young girls being the Aliens pets and food.....
http://www.twohourwargames.com/ 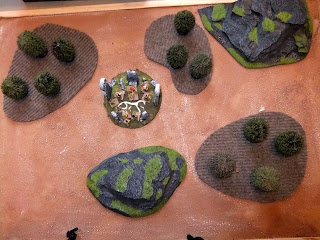 Used my skirnish board and  rolled the set up as per the rules layout. it was the raid scenario, and i rolled up the sides that were in the end evenly matched 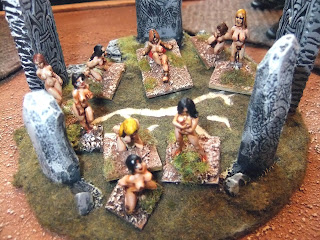 The objective was the captives left by the Bad Tovislanders 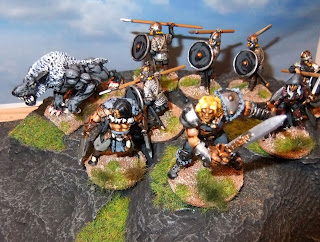 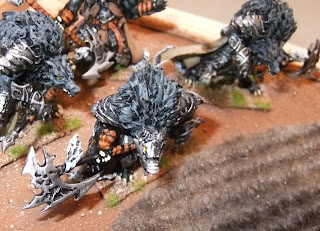 The dreaded Kurii are in the far corner behinde the woods 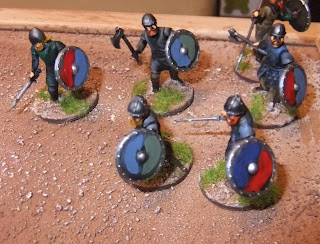 The Bad Tovislanders learn of the rescue andcome to try stop there  prize to the aliens. there in the opposite cornerto the  rescue party 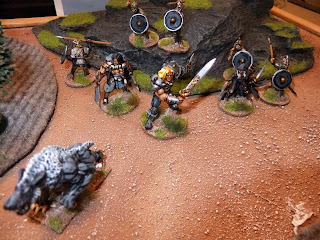 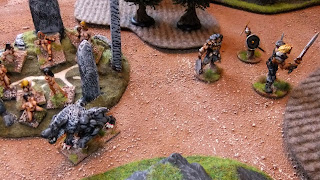 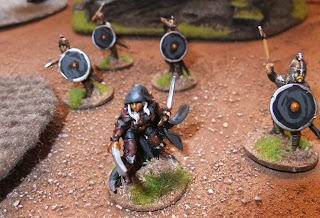 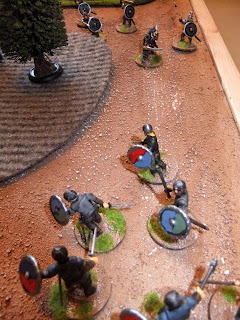 Rolling an insight test the  game is on 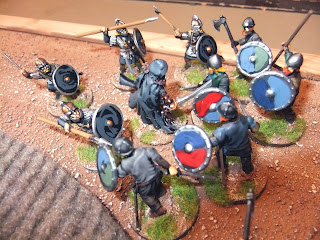 the rolls make the 2 sides clash 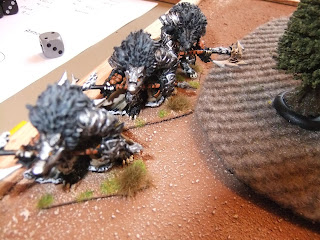 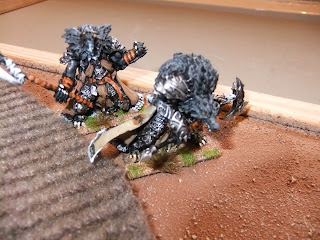 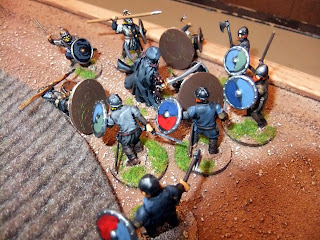 Blades clash and  the melee is even matched 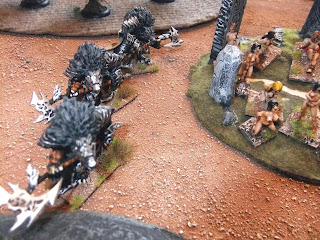 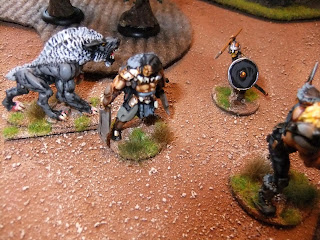 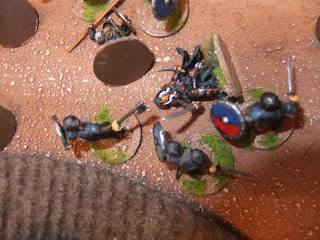 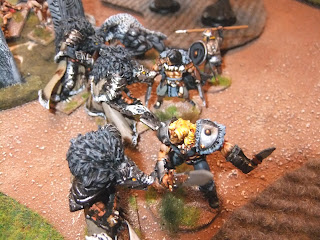 The Kurii charge ino the heroes 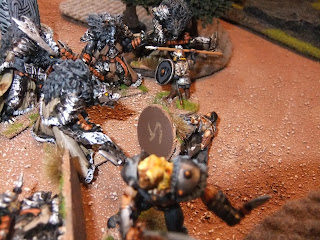 Wolff is knocked down and Thanos faces the second group who also charge in , Fearfang is knocked out the game 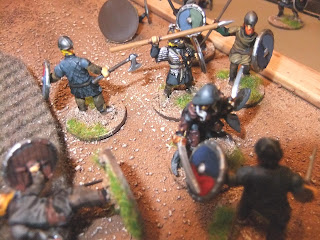 Una rises and parry and defends 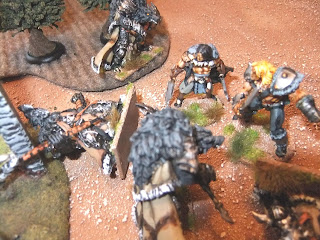 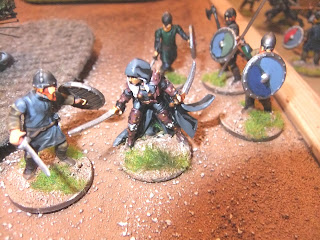 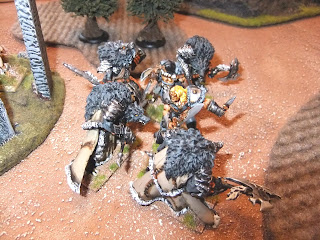 The 2 brothers face the mighty Kurii and stand there ground, blades and fur clash 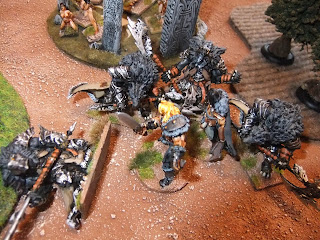 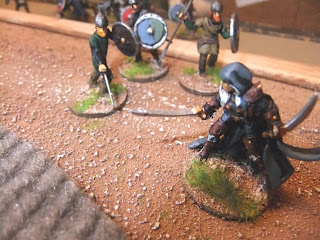 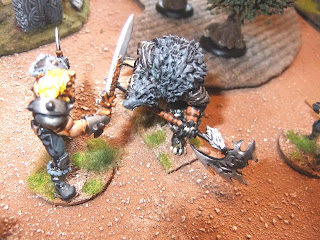 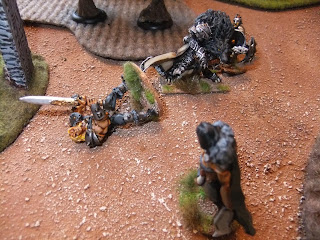 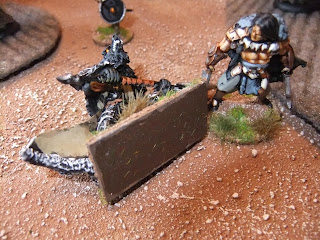 The beast though powerful is no match for the  Warmaster, he delivers the final blow 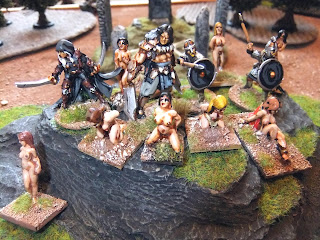 The captives are rescued, and returned to there familys
Gear Game and fun , the reaction system and game  rules work as they always have. really enjoyed it and used my minis  at last....