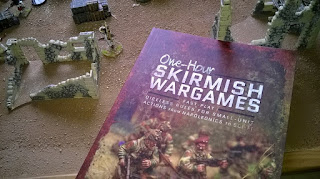 Iam always interested  in games and designs and concepts for wargames, this game was about on certain blogs and   pages, I read and looked it over and purchased a copy, I do have the  One hour wargames book also from Neil Thomas, this is  done by  John Lambshead. The book is a good read and explains the concept then goes into the  sections on different periods, it is easy read and   to me refreshing. No dice needed just sets of normal playing cards, to me the system is  great fun and actually works for an entertaining game with a few miniatures whatever the type or period, Shooting weapons seem to be the best all round world to use, from Muskets to space blasters. 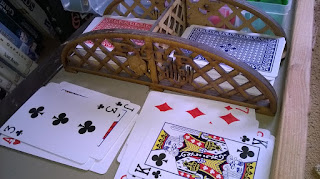 Two decks of cards  are used to give actions and results, different modifiers make more cards played against each other, and once you pick it up  it gives a very flowing game, the book  has stats on all weapons and  I found it easy to make  up simple rules  for  anything on the table that was not in the book, large hand weapons and  heroes given extra cards. I play tested it using some  modern fighters and teams it worked well. So I set up a simple terrain on my small board and  dug out some Mexican war figures. 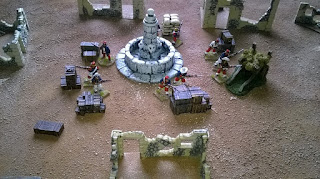 Simple forces. French  Foreign legion defend a water fountain and  have captured a local  young lady for there attentions later, the Rebels plan to attack and  take the water  fountain but rescue the girl first. 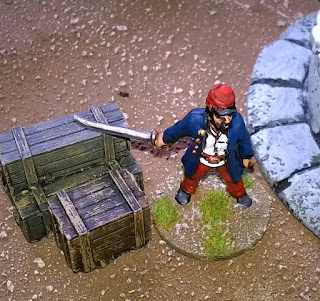 In cover you get extra defense cards 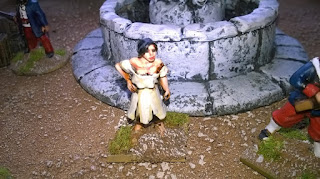 The young lady in question 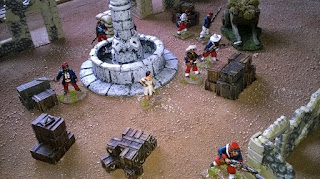 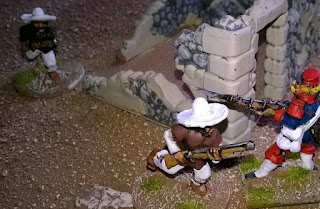 The game was very fast flowing, and  each side   making some quite  narrative moves and actions 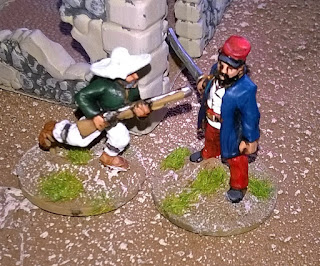 Hand to hand is deadly, but it makes for an excellent narrative again 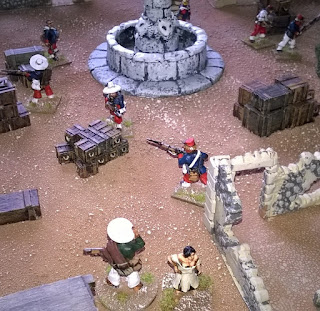 I gave the officer an extra card in attack and defense 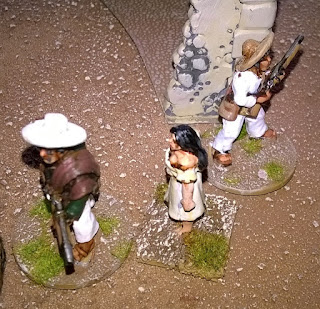 The rebels grabbed the girl I decided double action points needed to move with her, this seemed to work fine 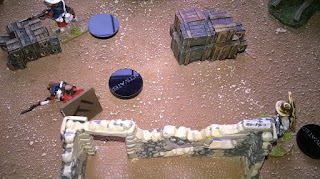 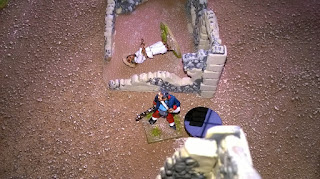 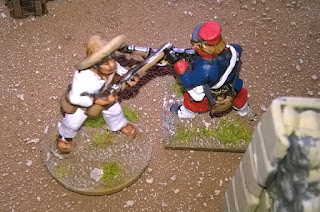 The rebels at the end of turn 8 got her free, moral rolls gave the game to the rebels 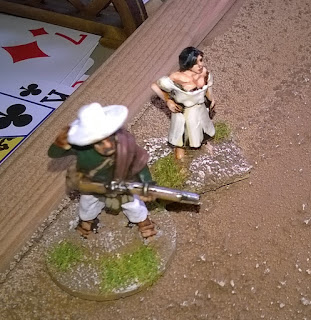 Thoughts: I enjoyed very much the whole experience, it is fun give a result and  as most good skirmish games creates its own story and outcome. The card mechanic works great and as i said you find you can add or  make your own rules easy .
A great book and  set of rules I recommend to anyone who likes to   skirmish games whatever period.
Posted by shadowking at 10:31