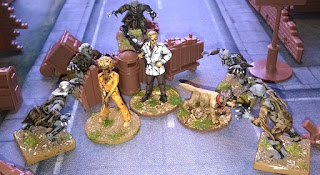 Iam a huge fan of the 7TV universe and games, and now isolated wanted a Solo game system asking on the Facebook page , we had many ideas, the Karl of CD deliver again to the faithful, A set of guild line s for playing Solo using casts against hordes of minions by  Kieron Mulloand, and a free download form CD website http://www.crooked-dice.co.uk/wp/product/7tv-apocalypse-survival-horror-solo-rules/?fbclid=IwAR2DAy3y284ehUHEKfINwrzctA6vpdlL4CAzkJNDhBadjSXFJY9tV6hWJl0 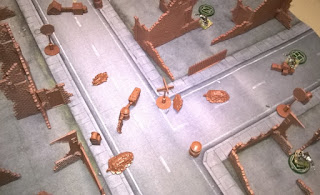 A collected a very small points cast to try them out, from the Apocalypse set, the cast  faced as the horde 5 vampires which were randomly placed on spawn tokens on the board, using only 1/2 the countdown cards used for the cast only, and  the scenario to  block the spawn points of destroy the Horde spawn points
I used my Mars attack terrain and  mat,

The Vampire horde was placed and off we went, they got first turn. "its going to be bad" 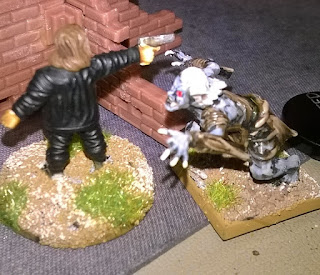 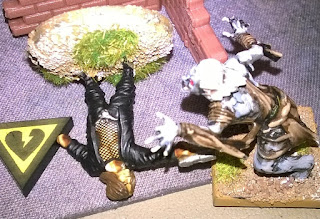 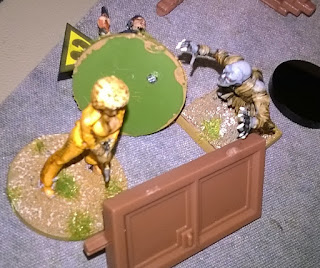 Sly falls next to Hope the survivor as a vampire  tears him up. 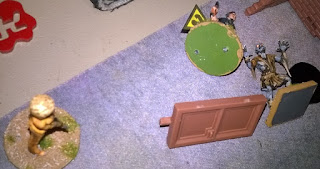 She backs away and shoots the undead down . 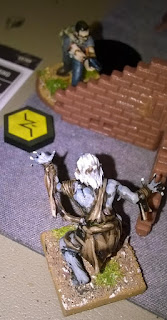 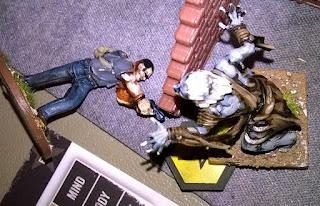 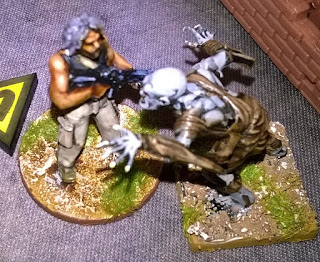 Sayid the Survivor leader faces another Vampire he is wounded badly. then  ripped apart 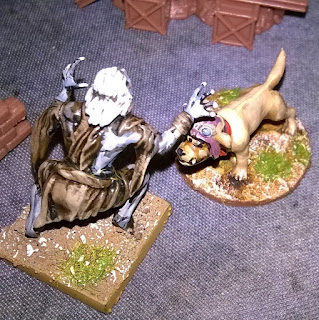 Muttly charges into the Frey 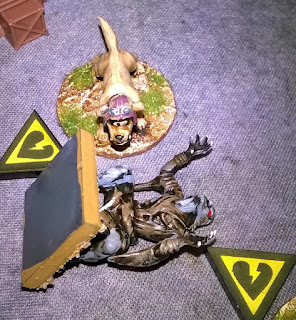 He makes short work of a vampire 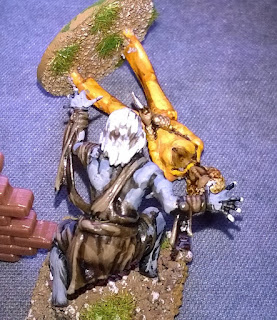 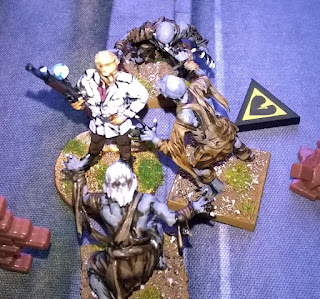 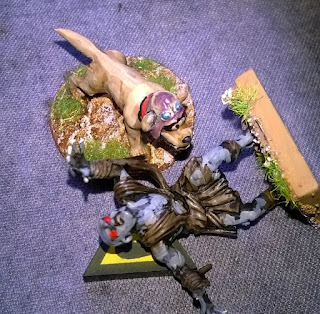 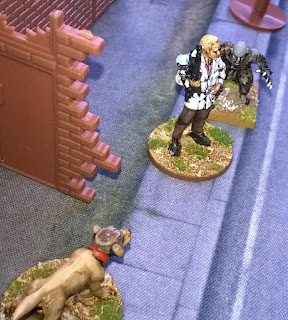 Chuck now facing only one  strikes  slaying the unded 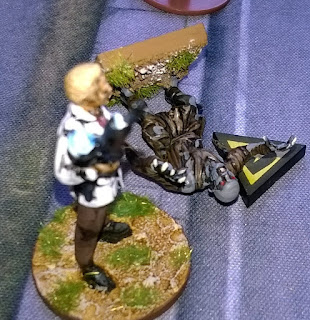 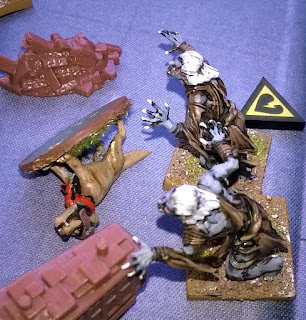 As Muttly runs to engage another vampire his is ambushed and  dies heroically  as they tear him down, (the slain vampires are re spawned on the   roll of the number on a dice) 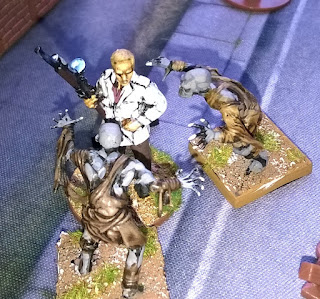 Last countdown card leave Chuck surrounded and as all good Movies the  camera turns red. A draw in game outcome, I rely enjoyed the system and using a cast vs horde works for me fine. very well done Karl and Kieron, brilliant addition and is  great fun.
Hero of the game Muttly
Posted by shadowking at 03:21