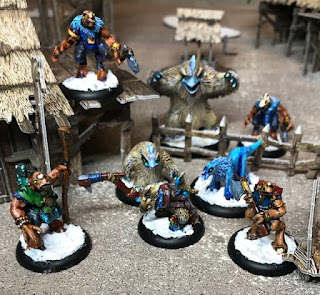 Finished off my two factions for the  Twilight World of Anyaral game world, read the rules and got the desired bits and bobs to play, it uses activation counters and combat stones, so some thing new to try.

My factions are the Dhougu and the Engu, both very different in types and I pointed up about 300 to make a even game size. I laid out a simple table  of a village in the waste lands and the Dhougu had to get from one corner to the other , the Engu trying to stop them, the  activation counters I reduced to four a side and the two combat ones, each stone activating who side it represents, I like this a lot and some thing that spurned me to get the rules,. The leader of the Dhougu Tar Sirahn and his party of huge Yartain's and mercenary's faced the Engu lead by Cren Baak and his tribe. Very different stat lines and I was interested to see the game play in the works. 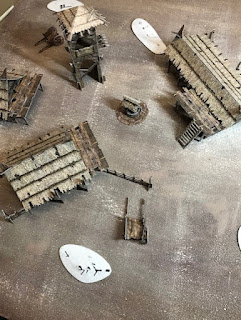 My battle board 3x3 terrain by battle systems. The turn counters made the game very fast and flowing. The Dhogh split with Tak moving through the village with his Yartain  allies and  Dravu Rya and his companion Ora Chey. the Engu split to intercept each group  Cren and his beast Tahela flanking to meet Dravu, the command radius and  rules make moving very fast and again fluid. the huge Yartain with there pups saw the oncoming Engu hunters and  ran to meet them. Ora was jumped by the Tahela but Dravu and  him combined slew the monster only for Cren to dispatch Dravu then even aided by a Yartain pup kill poor Ora. the Engu hunters crashed into the Yartain slaying one instantly and the second ripping into 2 of the ranks, it then engaged the Gardosa leader and both died fighting each other a hunter finishing the last pup as  Tak attacked Cren, the combat was fierce but Tak played well and Cren fell. Tak spotted the Kapa on a nearby roof and  charged  both fought and both fell in a round of savagery, a reaming Engu hunter stood alone amidst the battle.
I might have done a few things wrong as always on first test run but I enjoyed it more than I thought.
the rules work simple and the  combat stones are  very good idea and make the game unique, fun and will play more trying new  scenarios and ideas, I like the miniatures and world....
Pictures below of the battle, be safe my friends.
+ 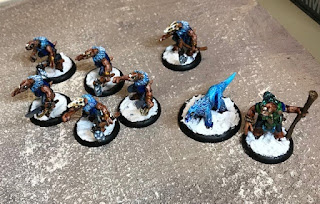 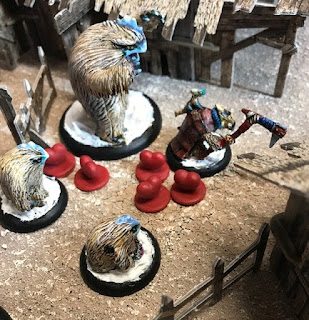 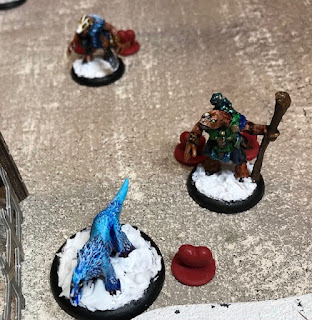 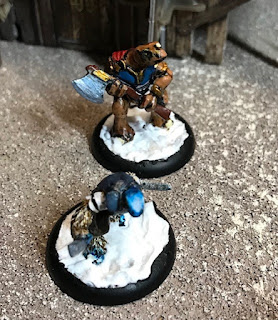 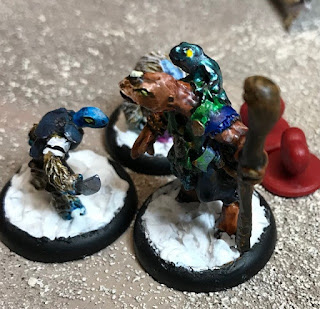 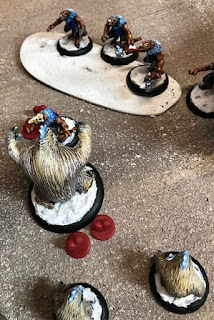 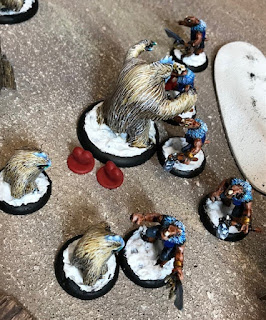 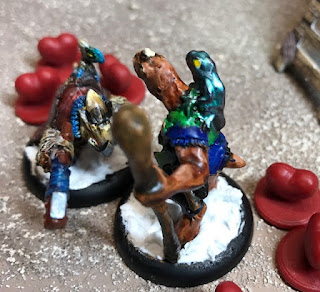 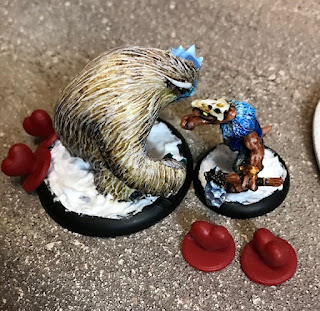 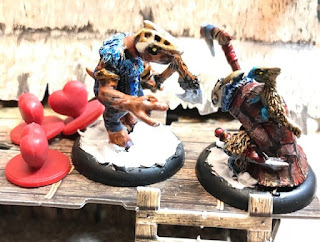