Brutality skirmish Wargame "If it bleed's we can kill it!" 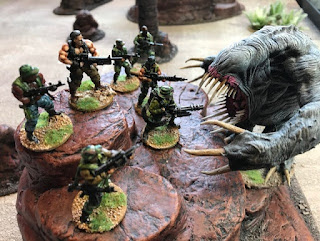 Wanted to try this scenario for a time the Behemoth Encounter. A 10 point game with a group fighting a single large monster. I wanted to use my Not Predator squad since i finished painting them 3D prints, of exceptional quality, against an old favorite the Blood Maw from Mierce miniatures. on a 3x3 table with a few hills and rocks for cover and movement. 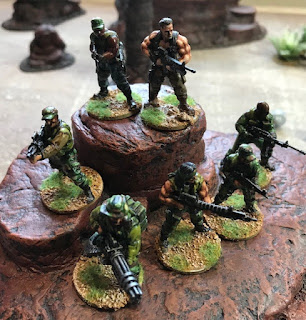 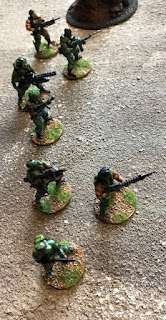 Opposite end the  team and monster set up. 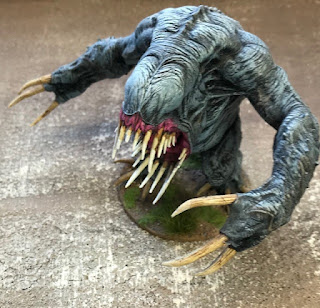 The monster was a heavy hitter and in combat would slaughter easy, I was worried Dutch's team would shoot it to hell! 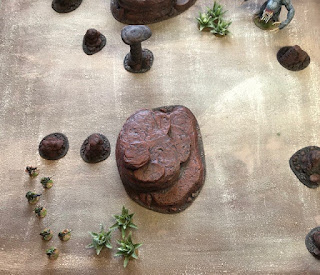 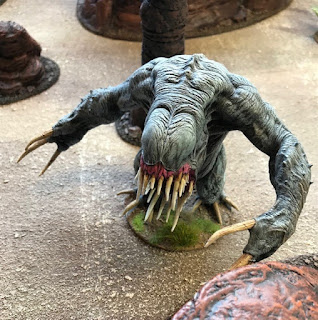 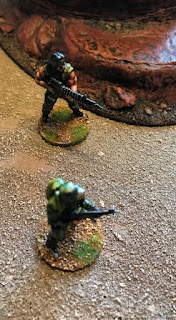 The team spreed out Blaine, Mac and Dillon hoping to  blast it before it reached them and dutch seeking to out flank it, Billy, Hawkins and Poncho seeking the right flank and the hill to bring there fire to bear on the monster. 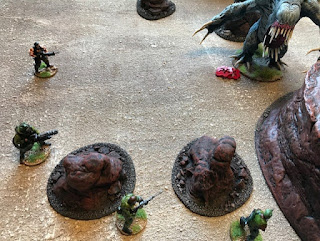 Dutch, Blaine, Mack and Dillon pour fire onto the advancing monster  hits bouncing off but 2 getting through Dillon close range re rolls making the mark. 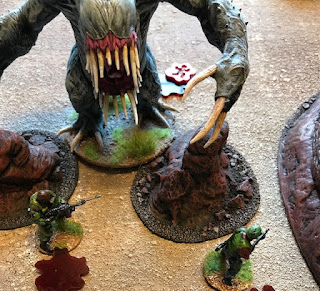 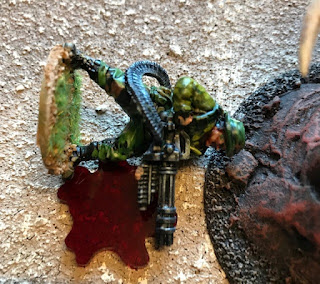 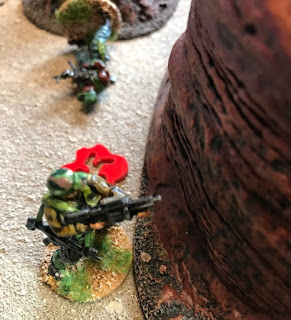 As the monster finishes off Mac and Dillon , Poncho attempts to climb the  rock fails and takes Damage 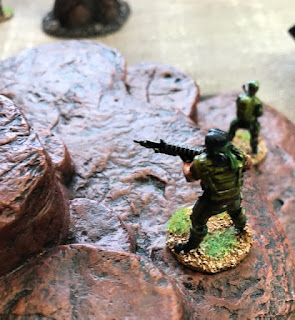 Billy and Hawkins make it to the top of the rock. 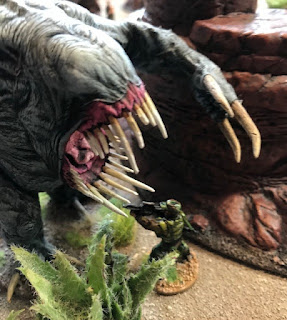 Poncho turns and swallowed whole by the monster! 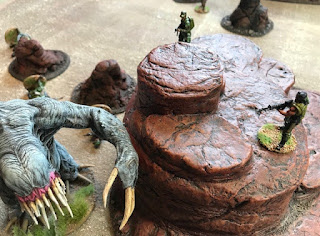 Billy and Hawkins fire onto the monster another wound the rest bouncing off, Dutch fires again and again to no effect. 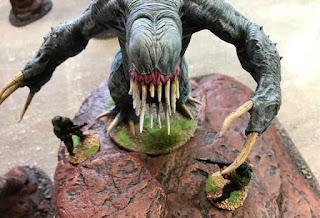 The monster attacks the  men on the rock Hawkins is slain out right but billy survives the first attack. 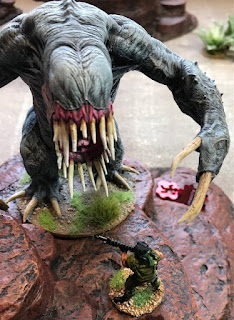 He slashes and stabs causing another wound on the beast. 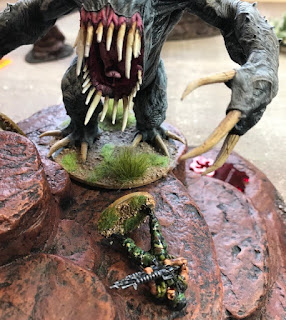 then the monster strikes and billy is no more. Dutch seeking distance fires on the monster who slaughtered his men. 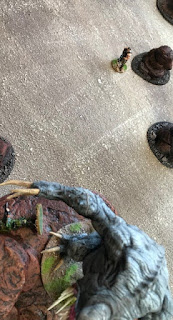 The  fire does nothing but ensure the monster charges Dutch 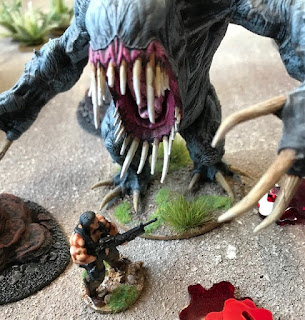 He fights 3 rounds of combat against the monster but in the end he is killed.

Awesome game very much fun. Dutch's men had perhaps the advantage of shooting but the monster proved he was a challenge. Great time and was  Brutal.